Billings, 2/26/21 – On February 16th, 2021, MasterLube hit the 40 year mark since it quietly came to be right here in Billings on 24th Street West and has since expanded to 5 locations across Billings and Laurel. Fifteen years ago founder/owner Bill Simmons, feeling a need for change, stepped aside and promoted Craig Godfrey to President/CEO. Coinciding with turning 40 are new changes in the leadership of the company that Simmons feels will lead the company into the future.

Two years ago Simmons began talking about the 40th anniversary of MasterLube on February 16th, 2021, viewing it as a pivotal point in the history of the company. Looking ahead at what MasterLube needs for next 40 years Simmons and Godfrey decided that in conjunction with the 40th Anniversary they would elevate Zane Luhman, previously Communications Officer, to the role President/CEO. Mike Cook, Training and Operations Officer, and Jim Mourich as Chief Financial Officer, round out the leadership team. 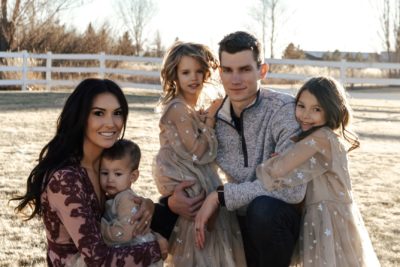 Godfrey will assume the role of President Emeritus and a member of the Board of Directors. Simmons remains the majority owner of MasterLube as well as Chairman of The Board, of which he has served for many years.

Zane Luhman joined MasterLube in June of 2017 as the Marketing Director. Since then his role has shifted to Communications Officer while gaining experience and added responsibilities in operations, training, planning, and leadership for the company.

A quick note from Zane: It is a real honor to help carry forward the legacy that Bill and Craig built in MasterLube. When I joined in 2017 I knew that I wanted to be a part of MasterLube’s purpose to help people discover and develop their own extraordinary capabilities while providing a fanatical level of service to the community, and I knew I could learn a lot about life, business, and myself along the way. As we move into the next stage at MasterLube I still feel that same strong pull towards our purpose as well as a great responsibility to my 43 colleagues and their families, and know I still have much to learn. I’m excited for the future of each of our people and for MasterLube’s next 40 years. And I’m honored to be a part of both.