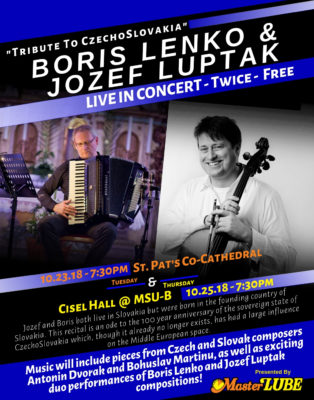 Luptak and Lenko played Billings in 2015 and 2016 to numerous standing ovations. They are thrilled to return to the community’s appreciative audiences. They will play two public concerts.

Their visit will include pieces from Czech and Slovak composers Antonin Dvorak and Bohuslav Martinu, as well as duo performances of their own compositions.. The have properly dubbed this recital: